A journey of a thousand miles begins with a single click

Released in 1897, ‘The Haverstraw Tunnel’ was a silent movie featuring a train travelling along the West Shore Railroad in New York. Filmed by a cameramen strapped to the front of the train, it was the first example of a phantom ride. 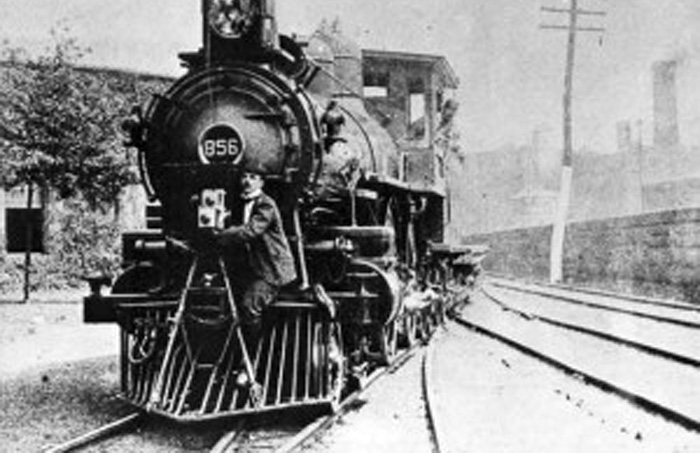 In 1904, George Hale collected a number of these films and created ‘Hale’s Tours of the World’. Offering trips to ‘the Colonies or any part of the world – without luggage!’, extra realism was added by shaking floors and sound effects. Surrogate travel had arrived. Morton Heilig’s Sensorama added 3D images, stereo sound and even smells in the 1950’s but fundamentally, the virtual journey remained very similar for more than seventy years.

This all changed in 1978. A team from MIT, including Andy Lippman and Michael Naimark, strapped several cameras to the roof of a Jeep and drove it around the town of Aspen, taking pictures every 10 feet. The photos they collected were put on a laserdisc, connected to a computer and controlled by touch screen. For the first time, the Aspen Moviemap put the viewer in charge. It was Google Street View, with touch screens, thirty years ahead of its time.

From house buying to military planning, surrogate travel is now an accepted part of our lives. But not only can we visit places without leaving our homes. More importantly, Google Street View is the most comprehensive photo documentation project the world has ever seen. Moments in time are being archived on a massive scale. Following the Japanese earthquake and tsunami in 2011, many people lost everything, including their photographs. Google Street View is the only visual record of their lives before the devastating event.