The secret history of WiFi

In 1933, the most popular film was King Kong but the most talked about was Ecstasy, a Czechoslovakian film featuring the first on screen orgasm. Its leading lady went on to invent the technology that underpins WiFi.

Following her performance in Ekstase, Hedy Kiestler married arms dealer, Friedrich Mandl, the richest man in Austria. Mandl took his beautiful wife to business meetings to impress his clients, senior officials of the German and Italian fascist governments. A reoccurring subject of conversation was how to stop the enemy jamming the signal of radio-guided torpedoes. Whoever managed such a feat would control the seas. Jewish-born Hedy, with a secret love of science, quietly set her mind to coming up with the solution.

In 1937, tired of her domineering husband, Hedy fled to Hollywood. She changed her name to Hedy Lamarr and forged a hugely successful acting career. Alongside Victor Mature, she was the star of the box office smash, Samson and Delilah.

During this period she visited eccentric composer, George Antheil, for advice about improving her figure. Somehow, torpedoes came up. Hedy told him about her idea for a radio signal that constantly hopped frequencies. Antheil suggested a hole-punched ribbon, similar to the paper roll in a player piano, might be the missing part of the puzzle. A year later, in 1941, they registered a patent for a ‘secret communication system‘. 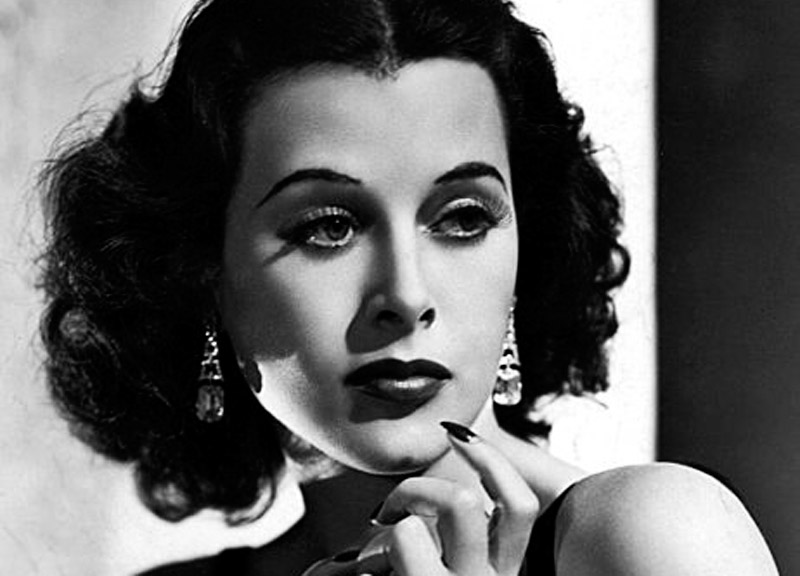 Thirty years later, in 1971, at the University of Hawaii, a computer network was created based on this technology. Called ALOHANET, it used radio signals to connect computers across the Hawaiian Islands. A dedicated radio frequency would mean only one message could be sent at once. By spreading the signal across the spectrum, several computers could communicate simultaneously without interfering with each other. It was the world’s first wireless network.

Lamarr’s and Antheil’s frequency-hopping idea remains the basis for modern spread-spectrum communication technology. So, the next time you make a call, use Bluetooth or a WiFi network, say a quiet thank you to a Austrian actress with a body for Hollywood and a head for numbers. No wonder she had six husbands.

One Response to The secret history of WiFi