What is Digital Archaeology?

The web is just two-decades old but during this short time it has totally transformed our lives. We do almost everything differently. Things will never be the same again. Yet it is now so prevalent, we take it for granted. The pace of change was so fast that the groundbreaking work of the digital pioneers, produced on now defunct hardware and software, disappeared almost as soon as it appeared.

The early years of the web, were a period of experimentation. Nothing came before, there were no best practices, there were no rules. This rich period of creative expression was dominated by nonconformists, many of whom were not computer scientists. Artists, designers, photographers, illustrators, writers, filmmakers and even gardeners dived in without inhibition. Aptly described by Marisa Bowe of Word.com as “underachieving sub-geniuses” agencies like Antirom, The Barbarian Group, Digit, Firstborn, Hi-Res!, Kioken, Obsolete, Razorfish and Soda defined the way we now see, hear, share, sell, buy, interact, and participate in society.

The creatives that formed this culture are all forward looking people, interested in what’s next, not what’s been. Archiving and documentation are not their strong points. The story of the very first web page, published by Tim Berners-Lee in August ’91 is typical. Tragically (and beautifully), it was over-written, the earliest version that exists is from March ’92 and no copy of the original web page, not even a screenshot is available. A record of that monumental point in history has been lost forever.

Concerned that the evidence of this culturally significant period was being lost, myself and my colleagues at Story Worldwide set out to harvest and restore landmark websites and present them in an exhibition, “Digital Archaeology”, as part of Internet Week, both in London (2010) and New York (2011). The show was a phenomenal success, attracting 12,000 visitors, 90,000 mentions online, global press coverage and support from The British Library, The Library of Congress and Google. This is the accompanying blog. 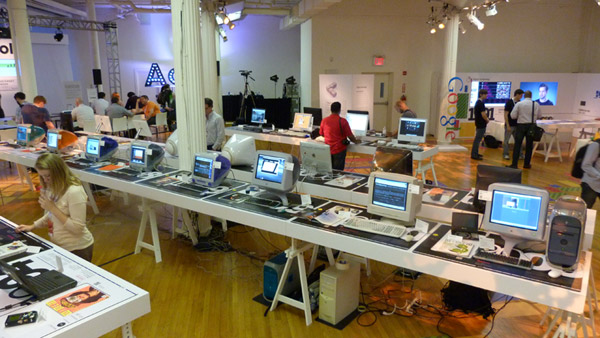